A modern journey and an ancient nomadic tradition

The documentary Daughters of Anatolia began from a personal interest in traditional nomadic people who travel with goat herds and make yogurt and cheese. During my teaching and travels in the mountains of Turkey a few years ago, I landed in Saliha Gök’s tent and stayed for tea. After four years and five trips (2011-2013) of traveling and filming with them, we came out with more than just documentation of traditional yogurt and cheese making. We found lifestyles that are ancient in their connection to the earth, to the mountains, to animals and to each other. I have been humbled and extremely grateful to have been welcomed into their lives.

Daughters of Anatolia follows the Gök family, a group of nomadic goat herders, as they travel on the “Göҫ,” or seasonal migration, from the temperate winters along the Mediterranean Sea to the cool summers in the Taurus Mountains, and back again. It is a route their ancestors pursued for a thousand years in order to provide forage for the animals throughout the year. The family relies on their 350 goats for their sustenance and livelihood: They make, eat and sell cheese and yogurt from the milk. They shear, spin, weave, and sell goat wool. They butcher the animals for their own meat consumption.

Saliha and Meryem Gök are married to two brothers, Ali and Hüseyin. Ali and Saliha have three daughters, Melek, Hürü, Nazlı, as well as a son, Mehmet. They all travel together, along with Ali and Hüseyin’s father. In addition to the goats, the family owns 24 sheep, eight camels, two horses and four guard dogs.

The Gök family is part of the Sarıkeçili Yörük community in Anatolia — 175 families who have maintained their nomadic rhythms since the 12th century. The family stays at their summer mountain pasture, “Yayla,” where they milk the goats and sell homemade cheeses in a nearby village. “Yayla” is also where they shear their animals, taking some wool to market, while saving the majority to spin and weave into material for their tents. Before leaving Yayla at the end of the summer, they sell 40 to 50 goats.

During the fall and spring, the Gök family makes a four-to-six-week-long seasonal migration by foot and camel, (and, in the last period of time, with the aid of a tractor-trailer).

In recent years, their traditional nomadic routes have been impacted by land and water use restrictions that increasingly have made it difficult for them to follow their way of life. Although they purchased a tractor-trailer in hopes of facilitating travel, it is not clear whether this actually has helped or whether it rather has generated greater complications, such as due to the expense of gasoline and maintenance.

The family spends winter in the Mersin/Silifke region by the sea, called “Sehil”. Here, the four children go to school and all the new goats are born.

During these cooler, sometimes rainy, winter months, the women spin wool as well as weave panels for the tent they live in. Due to wear and tear, the tent continually needs to be repaired or replaced.

Although the rainy season makes it difficult for gathering wood and maintaining fires needed for daily cooking, Saliha and Meryem always cook two to three meals a day. They make all their own bread, yogurt, cheese and butter. In the towns they go through, they buy flour, salt, sugar, tea and fresh vegetables. However, because of recent restrictions on water rights, many families in the community have been obliged to purchase water tanks they take with them.

Where are they now? In 2014, the Gök family sold all their camels. Grandfather Gök also passed away. As of 2018, the family is still planning on settling in central Turkey near their summer pasture, “Yayla,” so that the children regularly can attend school. Their future, however, is uncertain. They and their ancestors always have been nomads; they have few marketable skills besides herding animals. Saliha and Meryem are considering raising a small herd of Angora goats for wool, meat and milk. In 2019, Meryem and Huseyin had a baby girl, Esma Nur. They will all be doing the spring Goc. This spring will be Ali and Saliha’s last Goc.They have finished building their house and they will settle in the fall. Meryem and Huseyin are still working on their own house.

As an author, filmmaker and international educator with Turkish roots, Halé Sofia Schatz focuses on exploring the interconnections between food, culture, spirituality and empowerment. She keeps a small goat herd near Boston, Massachusetts. View film credits.

Maps were disabled by the visitor on this site. Click to open the map in a new window.Click to load Google Maps

^^ The above map loosely indicates the area across which the Gök family has herded their goats and the main towns they come near in the process.

Saliha is never idle. While walking with the camels during the Göҫ (seasonal migration), she spins goats’ wool to be used for tent repair at their future winter location.

The women prepare a simple meal for the family to share: bulgur pilav, yogurt with cucumbers, and fresh bread.

Saliha and Meryem make bread regularly. Bread is eaten with their three meals a day, as well as used for börek, which is stuffed with either fresh or aged goat cheese, depending on the season. Sprinkling with water keeps the bread moist.

Setting up the tent

During the spring and fall Göç (seasonal migration), the Gök family set up and take down their tent almost daily. The tent is woven from the wool of their goats and takes approximately two years to weave.

Saliha and her daughters interact with their nomad neighbors, sharing labor, laughter and play.

The family’s dogs are shown at work, at rest, being fed, and in conflict with neighboring dogs.

In the mountains, Ali calls and herds the goats.

Hüseyin builds a shelter to protect the newborn goat kids from the winter rains.

Wood needs to be chopped daily for the family’s fire.

Saliha sings a Turkish folk song while the herd is on the move.

The family enjoys tea throughout the day.

Halé Sofia Schatz at the Harvard film screening on November 4, 2015. 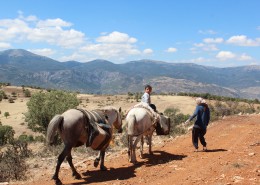 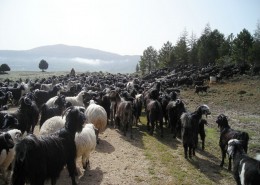 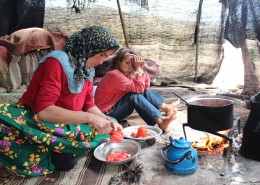 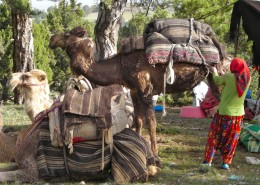 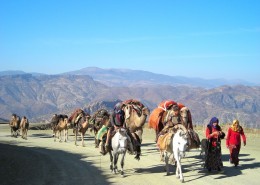 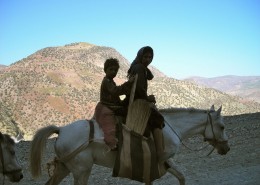 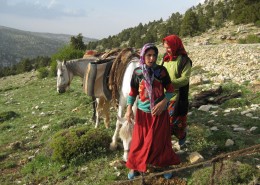 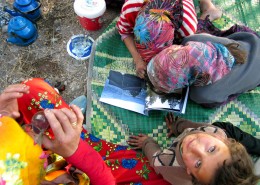 “A gorgeous ethnographic film. So moving… awe inspiring.”
— Cindy Kleine, Director, “Phyllis and Harold” and “Before and After Dinner”

“I found the film lyrical, touching and full of humanity. Congrats, Halé on your extraordinary paean to this vanishing way of life.”
— Sabine Hrechdakian, Writer and Restaurateur

Halé Sofia Schatz brings a palpable, sensory experience of the nomadic life, catching its earthy pleasures, despite its tremendous hardships. She reveals the connection of humans to nature that we have all but lost in the jungles of our urban landscapes.
— Pamela Nice, writing for AlJadid

If you have access to Kanopy through your public library, then you may stream the film through this service.

If you are associated with an educational institution, you may purchase a copy of the film through grasshopperfilm.com.

For home viewing, please purchase from our sister site, heartofnourishment.com.

This site uses cookies. By continuing to browse the site, you are agreeing to our use of cookies.

We may request cookies to be set on your device. We use cookies to let us know when you visit our websites, how you interact with us, to enrich your user experience, and to customize your relationship with our website.

Click on the different category headings to find out more. You can also change some of your preferences. Note that blocking some types of cookies may impact your experience on our websites and the services we are able to offer.

These cookies are strictly necessary to provide you with services available through our website and to use some of its features.

Because these cookies are strictly necessary to deliver the website, refusing them will have impact how our site functions. You always can block or delete cookies by changing your browser settings and force blocking all cookies on this website. But this will always prompt you to accept/refuse cookies when revisiting our site.

We fully respect if you want to refuse cookies but to avoid asking you again and again kindly allow us to store a cookie for that. You are free to opt out any time or opt in for other cookies to get a better experience. If you refuse cookies we will remove all set cookies in our domain.

We provide you with a list of stored cookies on your computer in our domain so you can check what we stored. Due to security reasons we are not able to show or modify cookies from other domains. You can check these in your browser security settings.

We also use different external services like Google Webfonts, Google Maps, and external Video providers. Since these providers may collect personal data like your IP address we allow you to block them here. Please be aware that this might heavily reduce the functionality and appearance of our site. Changes will take effect once you reload the page.